Surabaya City is the capital of East Java province and the second largest city in Indonesia that has been as business and educational center in East Java. Surabaya City also as the shopping centre with various typical Indonesian Culinaries and Surabaya souvenirs tour. Surabaya City officially established in 1293. This city is popular as heroic city. Now, is a metropolitan city with the population approximately 3 million Peoples in which have religious nuances and also the community had the feeling of the high solidarity and the spirit of heroism that never knew surrendered.

Suramadu Bridge is one of the popular bridge over the strait of Madura. This Bridge connecting between this City and Madura Island with 5,500 feet long, Suramadu has been on of The city tour option. It is the longest bridge in Java Island that built with the aim of accelerating the development of Madura beginning. Now the Bridge has become an iconic tour attractions in Surabaya City tour.

House of Sampoerna is one of historaical place has been the Surabaya City tour, Sampoerna Cigarette Museum preserved state with The Dutch style buildings and unique front cigarette pole-shaped, House of Sampoerna Museum has a collection of tobacco processing equipment, family photo owner, various kinds of cigarette lighter, replica stalls, musical instruments, and others. In addition, we also can buy souvenirs and see the process of making cigarettes on the 2nd floor of House of Sampoerna.

Surabaya Zoo (Animal Zoo) is  one of interested place has been as Surabaya City tour option. It is located at Setail street No. 1, Darmo, Wonokromo, of Surabaya City, East Java 60241, Surabaya City Zoo consist of 351 species of the variety of fauna more than 2.806 animals Including the typical Indonesia animal. some of them are Mammal kinds, Aves, reptiles, Pisces. front of Surabaya City Zoo standed the City icon which form a giant White Shark and Crocodile. both of these animal symbolized a fight which sometimes interpreted as a conflict between Mongol forces and Raden Wijaya's Majapahit forces. Now the two animals are used as the city's logo.

Submarine Museum is located in the heart of Surabaya City, on the edge of Kalimas River. This museum also as the main tour was built as a memorial of the brave fighters of Indonesia, and to conserve history or Indonesia’s Maritime.This Museum was Indonesian Navy’s submarine which was named KRI Pasopati, type SS Whiskey Class, that was made in Vladi Wostok Russia in 1952. Since January 29th 1962, this submarine was part of Indonesian Navy property for anti-shipping mission, surveillance and raid. This submarine has been involved in several important Indonesia Navy mission. KRI Pasopati was commissioned to oversee, hearken and collect information without any detection. In 1990, this submarine resigned from Indonesian Navy, and separated to be 16 blocks and then these blocks transported to the recent site to be rebuilt again.

Hero Monument Located at Tugu Pahlawan Tembaan street. This monument haeen one of the main tour has built as admiration to the heroes who falled in a great battle against the allied forces were paralyzed by NICA, and who wish to occupy Surabaya on 10 November 1945 hero that located in front of the governor's office. Hero monument constructed in the form of "reverse nail with a height of 40.45 meters with a diameter of 3.10 meters and 1.30 meters in diameter bottom. Below the monument is decorated with carvings" Trident "pictorial, '" Chakra ",'" Stamba "and '"Padma" as a symbol of the fire fight. Within this pillar, there is a museum Nov. 10. November Ten Museum built to clarify the existence of Heroes Monument and as perverts historical evidence on 10 November 1945. 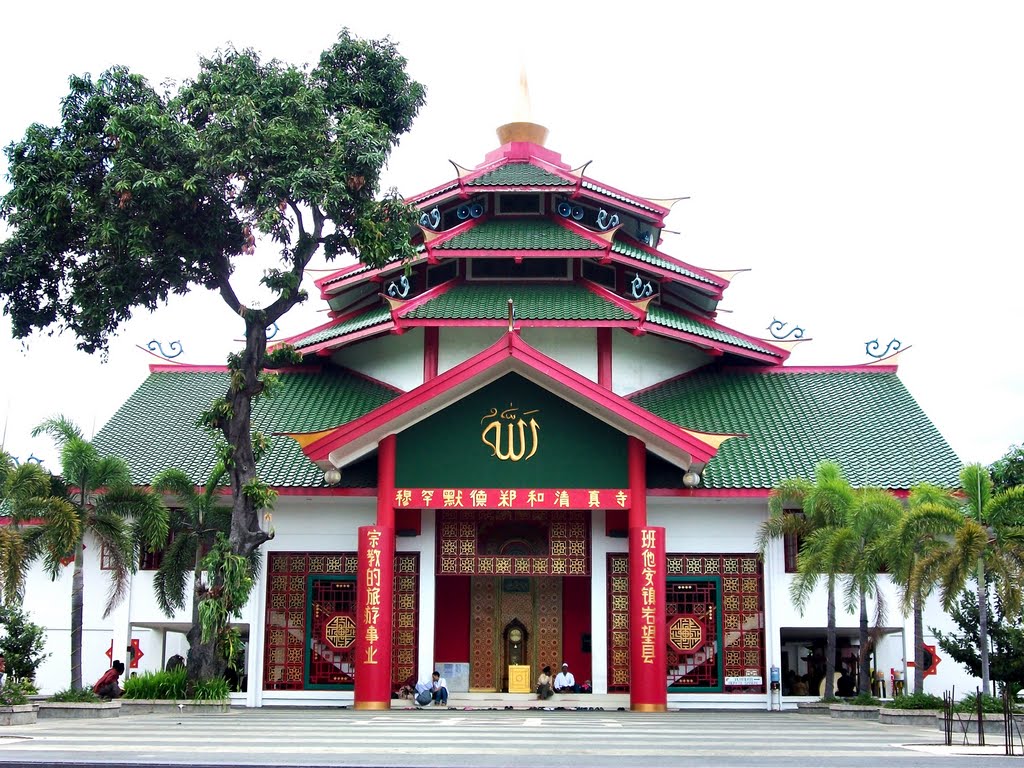 Cheng Ho Mosque located in Gading Street, Pandaan Surabaya City. This mosque has an oriental architecture with a touch of high level art, which represents acculturation Chinese. Acculturation is poured in a mixture of colors between green, turning to yellow and red. This building is a typical Chinese architecture with the incorporation of "Joglo" Java. It also shows the mixing of cultures of China and Java that has related since time immemorial. Cheng Ho Mosque was taken from the name of Admiral Cheng Ho, wherein an Admiral of China that became a Muslim after entered into Majapahit Kingdom of Java.

Beside Surabaya City tour, You can try Mount Bromo Tour Package Option below :