New Rule for Camping on Kumbolo Lake under Mount Semeru

New Rule for Camping on Kumbolo Lake under Mount Semeru 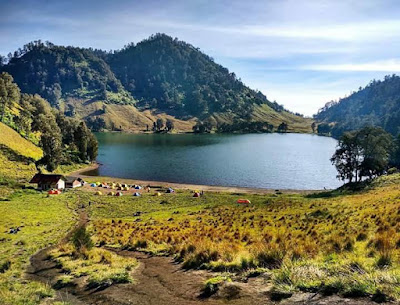 In all seasons, many tourists stay 1 night by camping on Kumbolo Lake. However, the New Rules for camping on Kumbolo Lake  under Semeru volcano make the visitors more alert to pay attention to the drainage of the Kumbolo area, So as not to bring pollution to the Kumbolo lake area on the grounds that there are still some tourists who cannot keep their beauty. The Bromo Tengger Semeru National Park Council (TNBTS) has evaluated the new rules for those who stay by camping at Kumbolo Lake, and imposed new rules last Saturday.

The existence of the New Rules for Camping on Lake Kumbolo under Semeru volcano to guard this area always seems natural and is free from bad influences that are not wanted. So that all tourists also feel comfortable enjoying the natural scenery by camping.

For other East Java Island tourism, You can read detail tour package below :


If You are interested to order the Camping tour at Kumbolo Semeru volcano and Mount Bromo tour package, You must make the tour booking within 2 months before, In Order We can provided your facility enoughly. Detail information about tour package price and  tour package facility, You can visit Our Contact.
Share :
Newer Post Older Post Home
Follow :